During Sunday’s sermon, I mentioned how biographies can be a helpful way to observe what Christian faithfulness looks like in one’s generation.

Since there seems to be a lot of interest in this, I’ve compiled a short list of recommended biographies in case you want to get started on one. For the most part, these are easy to read and accessible, even if you’re new to reading biographies.

To the Golden Shore: The Life of Adoniram Judson by Courtney Anderson
For Adoniram and Ann Judson, their mission to the golden shore of China brought suffering, prison, and a tragic family loss. Even still, they never waivered from their commitment to serve Christ and bring the Bible to Burma.

Spurgeon: A New Biography by Arnold Dallimore
An easy-to-read record of the Prince of Preacher’s life and ministry, with focuses on his growth in theology, his marriage to Susannah, his wide-reaching ministry, and his frequent battles against depression, self-doubt, and outside critics.

Amy Carmichael: Beauty for Ashes by Iaian H. Murray
Carmichael left home to serve as a missionary to South India, mostly serving poor children because of her love for Christ. Her life of simple obedience was driven by love and sustained by courageous faith and determination.

John Newton: From Disgrace to Amazing Grace by Jonathan Aitken
The author of the famous hymn “Amazing Grace” had a life full of pain and drama, suffering abuse from others and causing horrendous abuse toward others himself. He was the captain of a slave ship when he began to read the Bible and found his life transformed by the gospel.

Here I Stand: A Life of Martin Luther by Roland H. Bainton
A gripping narrative of the life and ministry of Martin Luther, along with the circumstances which led to the Protestant Reformation, his role in it, and the implications for those of us following Jesus today.

C.S. Lewis: Surprised by Joy (autobiography) by C.S. Lewis
In his popular autobiography, C.S. Lewis recounts the earlier years of his life, when an intellectual quest for true joy reluctantly led him away from hardened atheism and into a confident faith in Christ.

A Hiding Place (autobiography) by Corrie ten Boom
Corrie ten Boom and her family helped many Jews escape from the Nazis, which led to their eventual capture and imprisonment in a death camp. Corrie survived alone and in this autobiography, she shares her story, along with her unwavering faith in God and the hopeful triumph of light over darkness.

John Calvin: Pilgrim and Pastor by Robert Godfrey
Calvin is known for his massive influence on western civilization and Reformed Christianity, but in this biography, we learn he cared very little about platforms and influence. Instead, his passion was for Christ, the Scriptures and serving his local church and community.

Faithful Women and Their Extraordinary God by Noël Piper
Learn from the Christ-like examples of Sarah Edwards, Lilias Trotter, Gladys Aylward, Esther Ahn Kim, and Helen Roseveare. These women will challenge readers to make a difference for Christ in their families, in the church, and throughout the world. 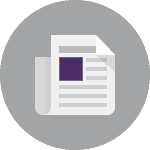